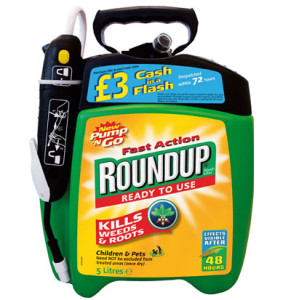 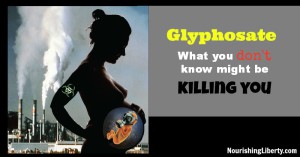 Weed Resistance in Spreading on Farms   from AgWeek

Tom Peters is often asked if he “works with weed resistance.”

“I say, no I do not: I work with weeds management,” says Peters, a sugar beet agronomist with University of Minnesota and North Dakota State University extension services, based in Fargo.

“It’s maybe a play on words, but weed resistance implies that we’ve had a failure, we’re in a defensive posture, and we’re backpedaling in order to salvage our crop,” he says.

“Weeds management, to me, implies that I’m in charge,” he adds, leaning a bit into the word. “I have a strategy, and I’m implementing the strategy, and that strategy is changing as I collect more data. It’s subtle, but for me it’s a more optimistic viewpoint of looking at weeds.”

Peters, who grew up on a Sauk Centre, Minn., dairy farm, got his doctorate from North Dakota State University in 1990. From then until 2014, he worked with Monsanto Co., where he was a program lead and agronomist, contributing to development and safety assessments of traits in crops developed through biotechnology, including Roundup ready sugar beets.

He started his extension position in February 2014, and says he appreciates the closer contact with growers.

With sugar beets, he faces one of the region’s most challenging weed management problems, “or opportunities,” he is quick to add.

Peters says waterhemp is the No. 1 weed challenge for beet growers, ahead of common ragweed, giant ragweed and even kochia.

In the mid-2000s, the waterhemp weed became more prevalent in the sugar beet growing region — especially the herbicide-resistant biotypes. Even a few untreated weeds in a field can lead to major infestations within a couple of years.

Iowa State University scientists say the weed has flourished with adoption of reduced tillage, increased dependence on glyphosate (Roundup), and reductions in cultivation for weed management. The weed is aided by increased temperatures and soil moisture, according to the ISU website.

Peters says the southern Red River Valley represented an imaginary northernmost line of glyphosate-resistant waterhemp infestation in 2014. In 2015, that line seems to have migrated all the way up to Highway 2 in Grand Forks, N.D.

“Sixty miles in one year, can you imagine that?” Peters says.

Jeff Stachler, Peters’ predecessor and now the Auglaize County Extension Service agent for Ohio State University in Wapakoneta, agrees that waterhemp is a major threat, especially because of the acres it covers, and because it moves quickly.

Stachler wonders if the waterhemp was that far north earlier — perhaps hiding in soybeans — but went unnoticed until this year.

“If you’re using glyphosate alone, you’re going to find out what’s out there,” Stachler says. “You’re doing the maximum selection with glyphosate in beets.”

To Peters, waterhemp is a threat because of its psychology and its biology.

The first problem appears right away.

“Waterhemp, at first, doesn’t intimidate anybody; it’s a thin, slender plant — you might almost say an elegant plant in the field,” he says.

Second, it is a prolific seed producer.

“That’s when it gets you,” he says. “It gets you in the third year by mass. One plant can produce up to 1 million seeds and in recent years the weed has emerged as a threat to soybean production across the nation.”

Third, the plant doesn’t go dormant in the summer like most weed threats, Peters says.

“Every time we get rain — and there’s waterhemp seed in the soil — we have an opportunity of a flush of weeds to occur,” Peters says. “Most of our common weeds go dormant when soil temperatures get high.”

And fourth, from a reproductive standpoint, there are male plants and female plants. With all of the seeds and without the dormancy, an infinite amount of contact occurs between males and females.

“In a sense, we’re making a tremendous amount of diversity (within waterhemp) because different plants are cross-pollinating,” he says. “That’s adding to the resistance concerns or the unique biotypes concerns.”

Stachler approached American Crystal Sugar Co. for a piece of land to dedicate to waterhemp research and started the plot there in 2012.

Known for his zeal for the resistance problem, he noticed the resistance on American Crystal’s land, just east of the company’s research center and its Moorhead sugar beet processing plant.

He thinks resistant kochia is a bigger problem because it is more difficult to stop in sugar beets.

Peters, who inherited the research sites, differs in style, but he largely follows Stachler’s research model, he says.

“I think Jeff had great foresight to establish the concept and approach,” he says.

In 2013, Stachler helped locate a second, replicated plot near Herman, Minn., nearly 85 miles south in Grant County, Minn. Peters tries to work in two distinct environments, and the sites complement each other, with the combination of the same weed in different environments. The crop is generally a bit more advanced at the southern location.

They can be applied pre-emergent (right after planting) or applied in the lay-by concept, where the sugar beets are emerged to the two- to four-leaf stage and the weeds have not yet emerged. The predominant weeds in the test plots are two broad-leaf weeds — common lambsquarters and waterhemp.

Lambsquarters is always taller because it emerges earlier, in April. Waterhemp, an annual weed in the pigweed family, emerges toward the end of May and early June, so is shorter, but the density can suffocate the trial.

From the get-go, Peters knows any chemical solution for beets first must demonstrate crop safety.

Peters thinks beet farmers likely will need pre-emergence herbicides to handle waterhemp. The likeliest help is metolachlor with the product names such as Dual, Magnum, Cinch and other generics. Metolachlor has a history of injuring beets when applied at high rates and under certain environmental conditions, Peters says.

“I’m looking at metolachlor, but not as a stand-alone concept,” he says. ” I’m looking at it at very low rates, as a way to buy time until farmers can get to their post-emergence (herbicide) program, or their lay-by program.”

In 2014, sugar beets were planted late. April brought a lot of rain and most farmers planted in May. The metolachlor strategy at low rates worked pretty well, Peters says.

But in 2015, because beets were planted in early April, so the metolachlor strategy didn’t work as well.

“The herbicide rate I used wasn’t adequate for season-long weed control,” he says.

Peters says, the lesson is the lay-by strategy — the concept of using soil-applied herbicides after the sugar beets have emerged — might be the best for crop safety and effectiveness.

“I’m really interested in a very low rate of metolachlor, soil-applied, pre-emergence, right after planting, and then followed by lay-by of Outlook, Warrant, or even more metolachlor again.”

“Roundup still controls a lot of weeds and I can see it in my plots, but for tough weeds — weeds like waterhemp — we need other programs, other strategies and we need to implement them in a timely fashion.”