The growing illiberalism we see on college campuses is dangerous. But it’s not unique.  reprint from the Federalist.

Congress shall make no law respecting an establishment of religion, or prohibiting the free exercise thereof;Unless we’re talking about a white chocolate-paneled cake for a gay wedding or perpetual funding for ‘women’s health’ clinics, because it’s the ‘right thing to do.’

Or abridging the freedom of speech; unless that speech is used by boorish climate change denialists to peddle dirty fossil fuels and run capitalistic death machines that wreck the Earth; by anyone engaging in upsetting hate speech or other forms of ‘aggression;’ by a wealthy person supporting candidates who undermine ‘progress;’ by a pro-life protestor who makes people feel uncomfortable about their life decisions; by a cisnormative white male who displays insufficient appreciation for the “systematic oppression” that minorities experience in places of higher learning; or by anyone who has a desire to undermine the state-protected union monopolies that help fund political parties. And so on.

Or of the press; unless the press invades safe spaces designated by mobs or writes about incorrect topics at incorrect times.

And to petition the Government for a redress of grievances; unless they are members of pre-designated special interests groups, they should report to the IRS before doing so.

That’s pretty much the state of the First Amendment today. Climate change. Abortion. Gay marriage. Race. Taxes. What have you. Even in mainstream political debate, these interests outweigh your piddling concerns about the First Amendment. So the notion that a bunch of students and leftist professors would agitate to shut down free expression in a public space in Missouri because they feel their special issue trumps your antiquated list of rules is not particularly surprising.

Now, we shouldn’t overstate the problem. Most of us are able to freely engage in arguments and express ourselves without worrying about the state interfering. This will not end tomorrow. But it is difficult to ignore how creeping illiberalism has infected our discourse, and how not many people seem to care.

The thousands of other University of Missouri students, for example, could have held a counter-protest against dimwitted fascists cloistered in safe spaces. Where are those student groups? Why was there no pushback from those kids — and really there was none as far as I can tell, either at Missouri or Yale — against the bullies who want administrators 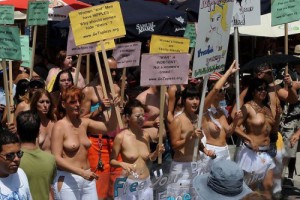 fired for thought crimes? It can mean that students are either too intimidated, too uninterested, or not very idealistic about these freedoms. None of those things bode well for the future.

And where is the faculty, those brave souls who value the freedom to debate and champion sometimes-controversial ideas when mobs of student are making wild accusations against their school without any real evidence? Where are they when students shut down conservative, libertarian, or not-progressive-enough Democrats from speaking at their schools?

In fact, the campus police — not the hissy-fitting communications professor or the would-be authoritarian student — asked students to call authorities and report “incidents of hateful and/or hurtful speech” in detail. A school, the place where young people supposedly ponder challenging ideas, now has students reporting any instances of unsavory speech. What does “hurtful speech” entail, anyway? Is it enough for someone to challenge your priggish worldview? Is it enough for them to hurt your brittle feelings? And what is the consequence?

It’s not just the snowflakes — your future neighbors, who will soon be joining the workforce as journalists, congressional aides, and various other marginally useful jobs — who are busy rationalizing the chilling of speech. (There are still many liberals, genuine liberals, dismayed by the behavior of these students and prevailing PC culture that has transformed from something laughable to something deeply concerning.) But there are plenty of pundits, academics, and politicians who offer excuses or justify these assaults on free expression. They did it after Charlie Hebdo. They do it now. 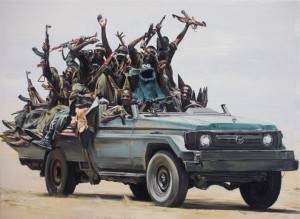 You might also remember when Chris Cuomo of CNN, a lawyer, tweeting (since deleted) that “hate speech is excluded from protection” under the First Amendment. He wasn’t alone.

Not long ago, 51 percent of Democrats in a recent YouGov poll claimed to support criminalizing “hate speech” (a third of Republicans did so as well). Another study by the First Amendment Center a few years back found that nearly 40 percent of Americans said the First Amendment “goes too far” guaranteeing rights — a record high. But Americans aren’t equally as sensitive to all insults.

And in 2010 the survey found that while a majority of Americans — 53 percent — said people should be allowed to say things in public that are offensive to religious groups, fewer (44 percent) said the same about speech that is offensive to racial groups.

People are scared. They’re scared to be accused of bigotry or racism, an ugly accusation that is easy to level but impossible to disprove. It’s a lazy but effective method of intimidation.

So we can laugh at the confused Millennial J-school major, but he is not alone. When the mayors of Chicago and Boston used their positions of power to keep Chick-fil-A out of their cities because of the CEO’s thoughts on same-sex marriage, they were working under the same notion as kids who want to be in safe spaces where their worldviews remain unchallenged. (Using the state to punish a person or company for its beliefs is even worse.) When Bill Nye argues that climate change skeptics are nuts who hate science and should be ignored by any right-thinking person, he is attempting to convince you of something. When Nye contends that America needs to drum climate change skeptics completely “out of our discourse,” he’s no longer a liberal. An Amendment needs to be strengthened.

What’s happening on college campuses hasn’t happened in a vacuum.